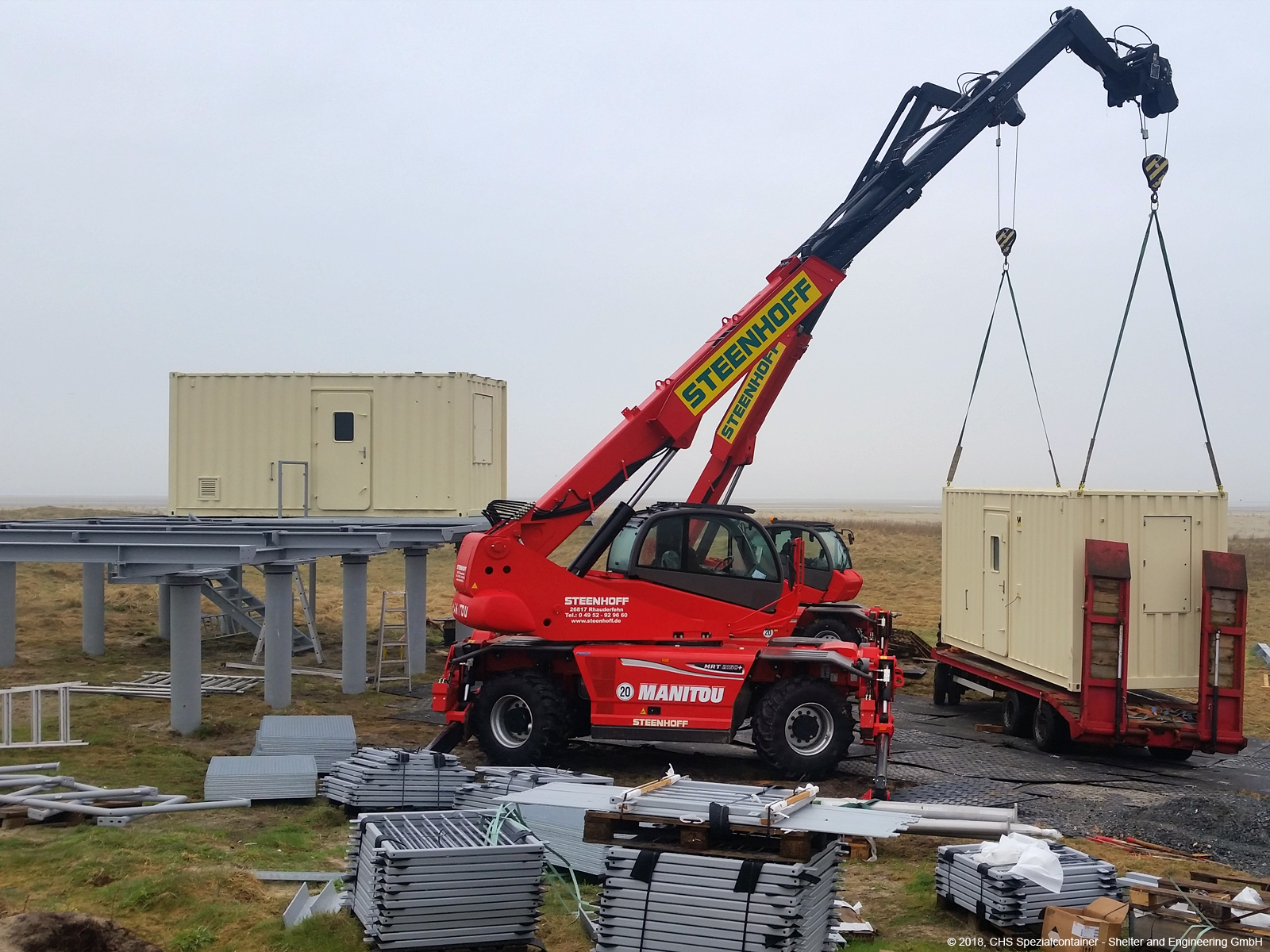 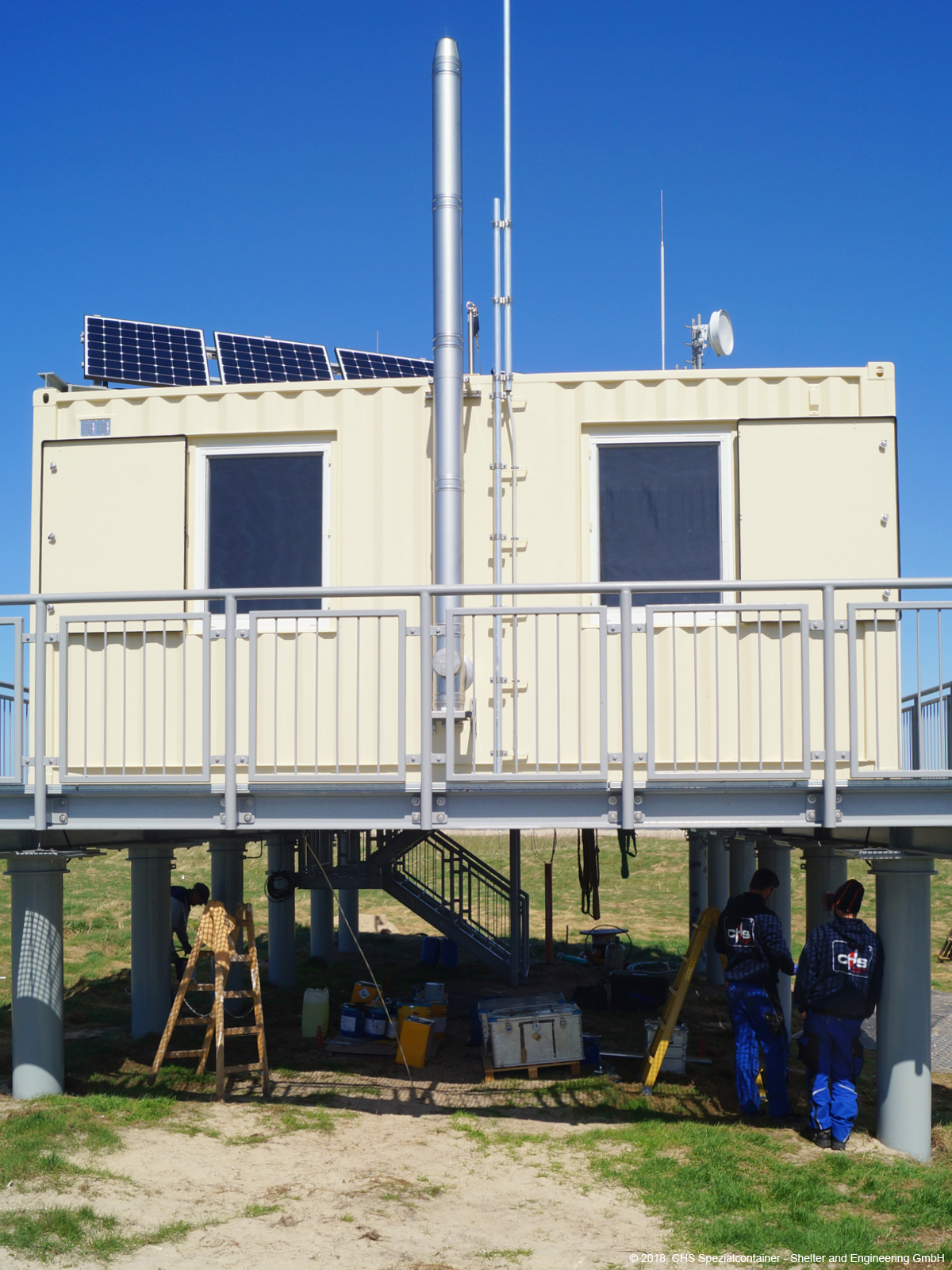 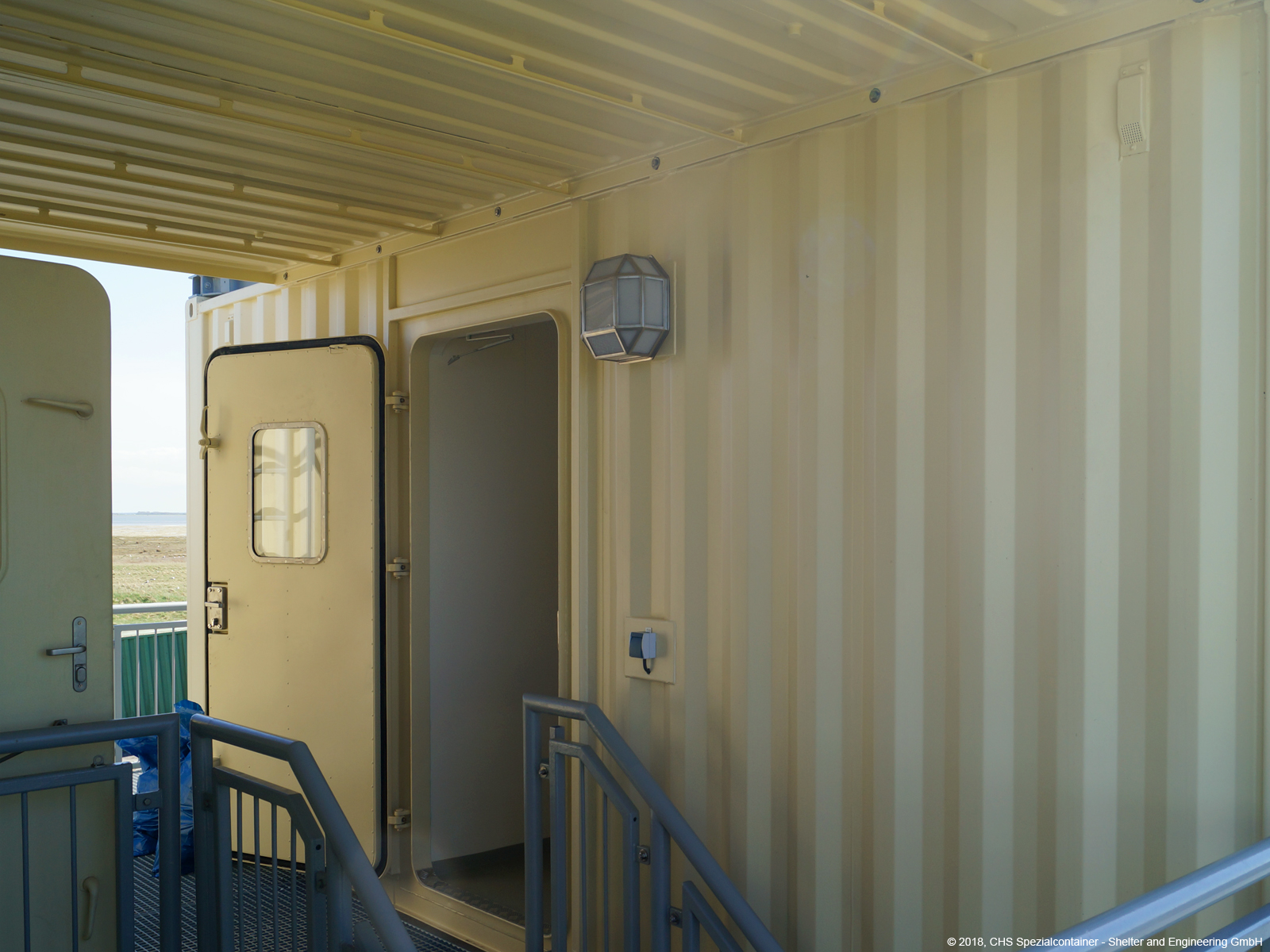 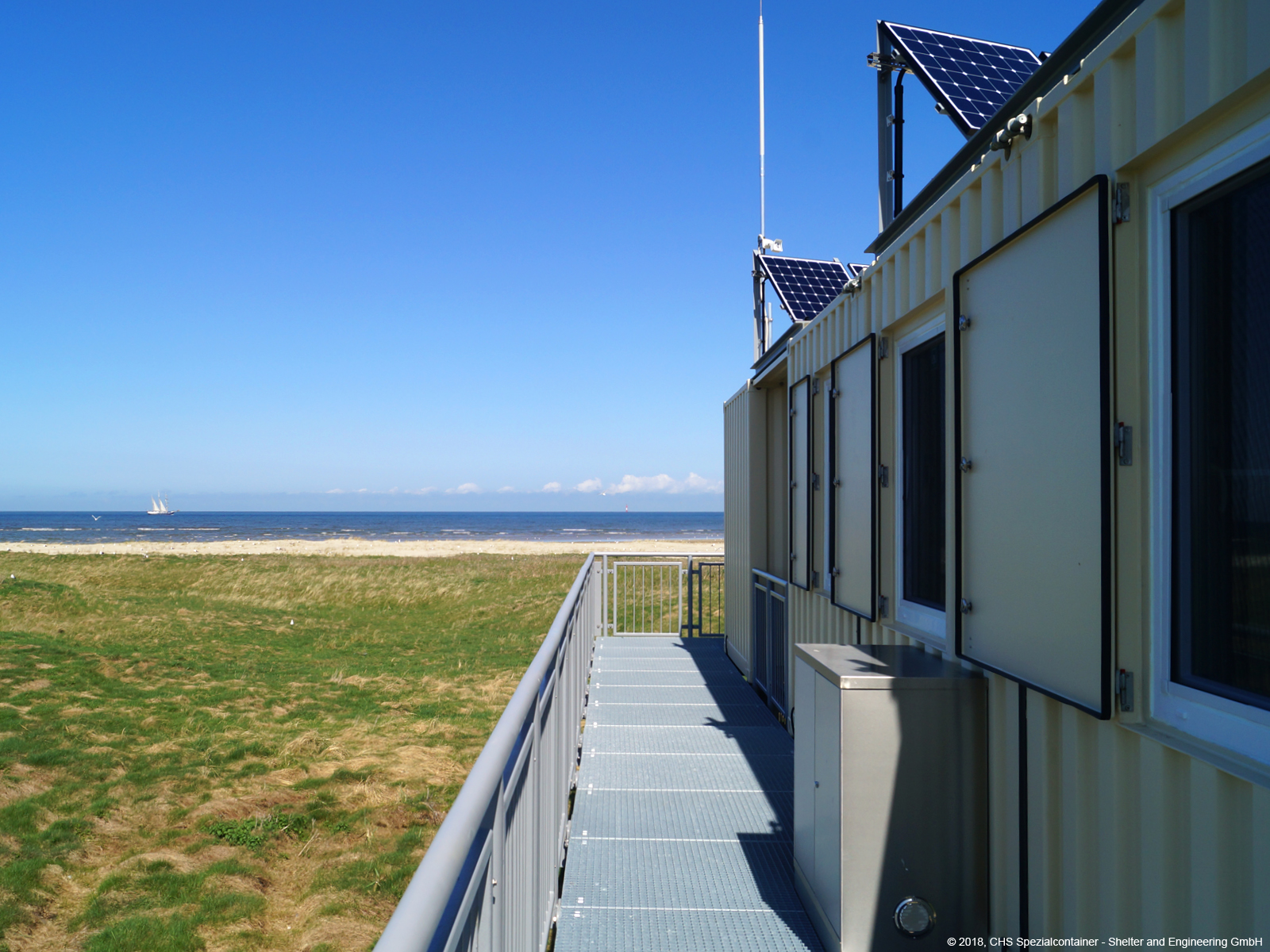 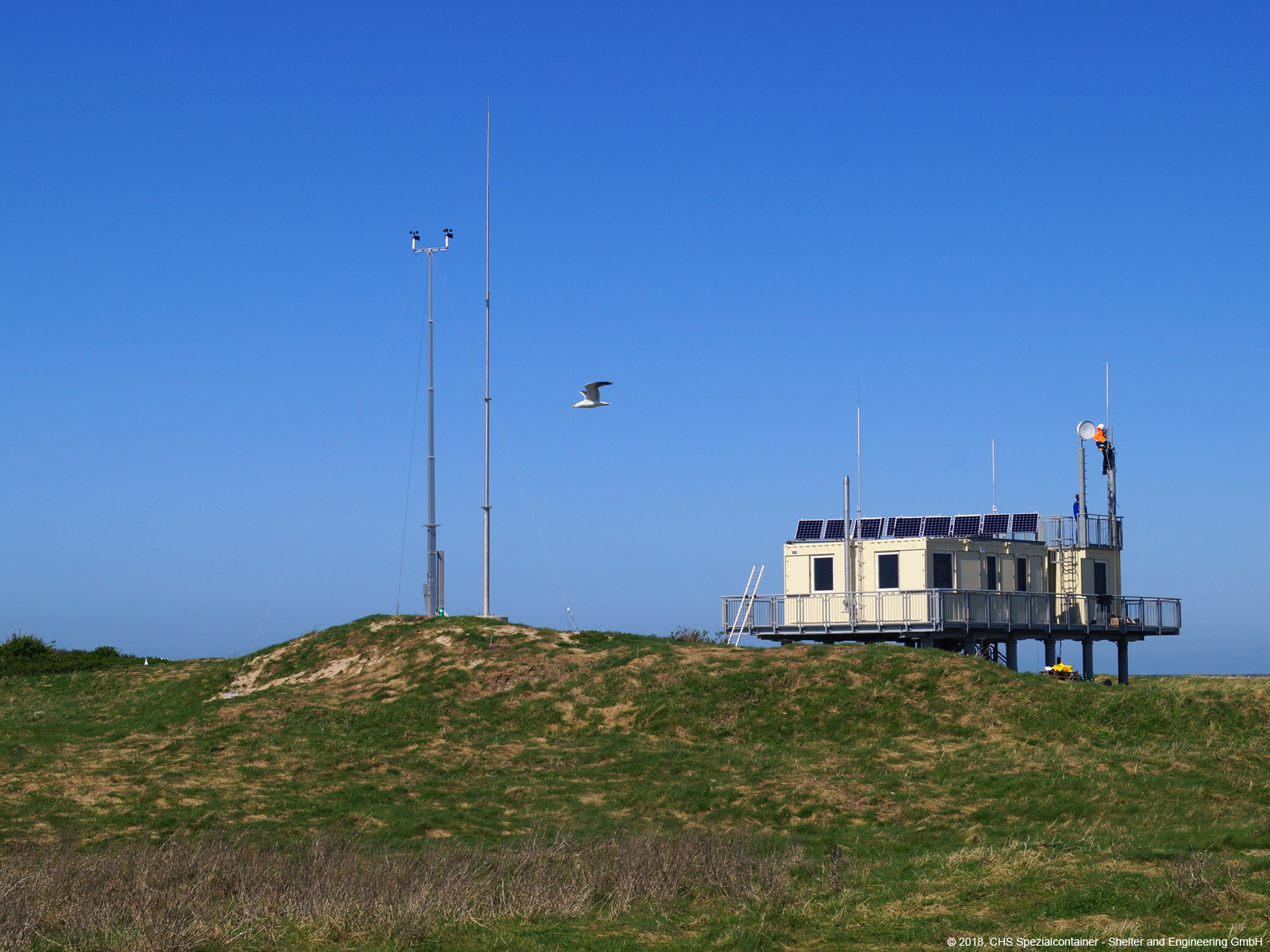 As of recently four 20' Containers produced by us are located on the small island of Scharhoern in the Heligoland Bight. They act as the new wind measuring and ornithological station in the Wadden Sea National Park. Since Scharhoern is located about 7 km north-west of Neuwerk, all containers had to be carried to Cuxhaven and from there by tractors to the island of Neuwerk. It was not until the next day that the tractors were able to master the final stage through the Wadden Sea to the small bird island.

In order to withstand storm tides, the four containers were mounted on an approximately 3 m high steel substructure. Three of the containers are firmly connected to each other and thus form the living unit for the ornithological wardens on Scharhoern. The interior includes a small kitchen with gas stove and refrigerator as well as an oven for the heating. On the roof of the living unit there is a 12 V photovoltaic system which generates electricity for the lighting and measurement technology. The fourth container is the technical room. Among other things, unused electricity is stored in batteries here. There is also a viewing platform on the roof of the technical room. From there you can see the whole island including the bird colonies.